The IPCC have published their Climate Change 2021 report, warning that human-induced climate change has affected, is affecting and will continue to affect climate extremes in every region around the globe. Without concrete action global heating will continue to worsen, the report warns, potentially leading to extreme effects.

The Current State of the Climate

Global surface temperatures in the 21st century are 1.09°C higher than in the second half of the 19th century, with greenhouse gas concentrations at an all-time high. Furthermore, over the last century sea levels have increased 0.2m, heatwaves have become more frequent and the frequency of heavy precipitation events has increased. 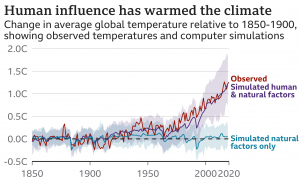 The IPCC makes clear who is to blame for this: humans. The warming the globe has witnessed since the industrial revolution is unprecedented, with simulated temperature analysis showing that without human activity, today’s temperatures would be almost identical to those of two centuries ago. Improved knowledge of climate processes allows scientists to say with certainty that the crisis we’re experiencing is down to human activity.

Despite the concerning current state of the climate, the future looks even worse. The report predicts that regardless of the emissions scenario considered, temperatures will continue to increase until at least the mid-century. Only if unprecedented global action is taken will we avoid temperature rises of 2°C, something that is vital considering that even with a huge increase to 1.5°C the impact on ecosystems is much less severe.

The severity of hot and dry events such as wildfires and monsoons is expected to worsen due to global heating’s effect on the water cycle, whilst reductions in ice, snow and permafrost are also foreseen. Unfortunately, human activity has affected the planet so severely that many of these changes are expected to be inevitable and even irreversible. The IPCC state that many changes due to past and future greenhouse gas emissions won’t be reversed for at least centuries, and perhaps millennia.

From a perspective of physical science, only limiting CO2 emissions, reaching at least net zero CO2 and significantly reducing other emissions will limit human-induced global heating. Emissions are key, with the report finding an almost linear relationship between CO2 emissions and temperature rises. As a result, if the globe could sustain net negative emissions surface temperature rises would reverse, although at a very gradual rate. 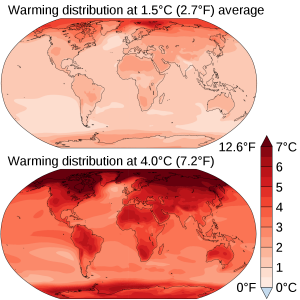 Therefore, concrete action is needed on a global level to ensure that this century does not see temperature rises as alarming as the last. Furthermore, as despite this action changes won’t be seen for decades, those currently suffering – and those who will suffer in the future – the effects of global heating must be adequately supported, to ensure livelihoods don’t continue to suffer the repercussions of the climate crisis. But, as mentioned, climate action is needed now. 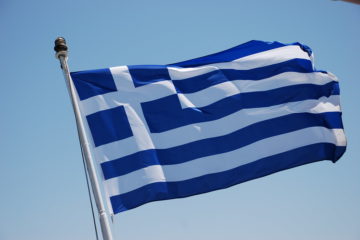 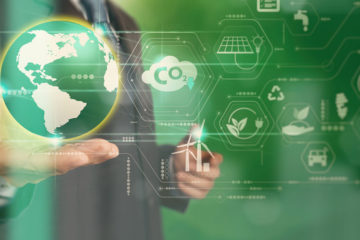 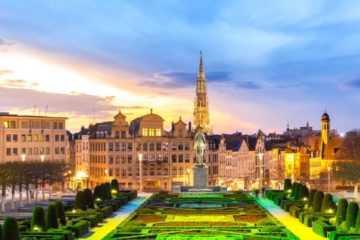